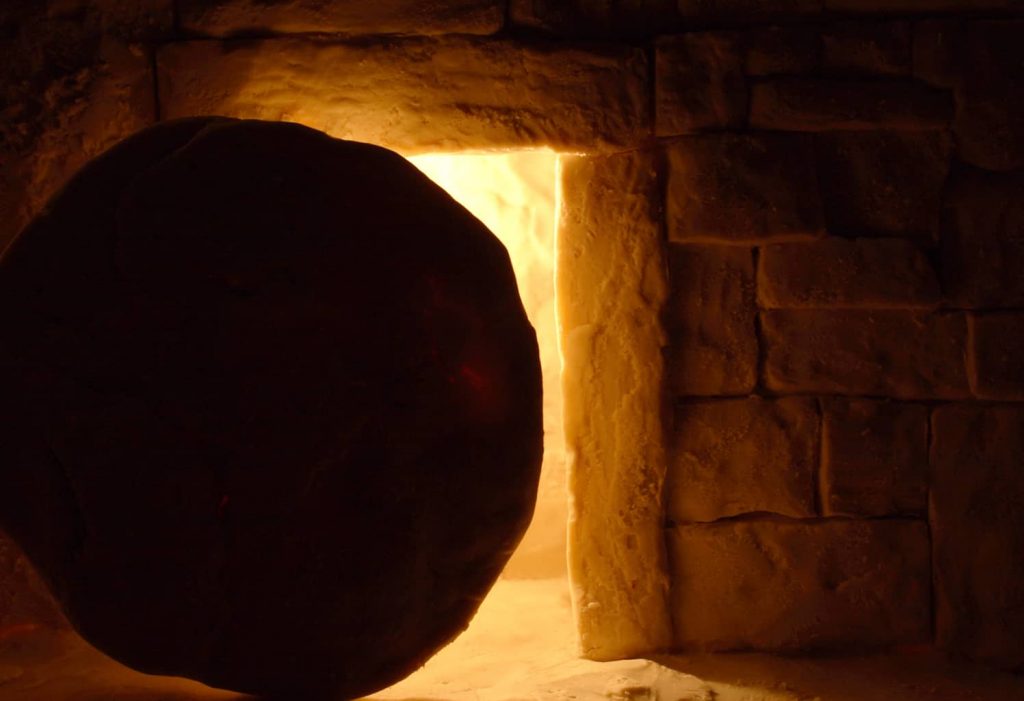 Who Moved the Stone?

On Christ’s Death and Resurrection: Revisiting the Classic monograph: Who Moved the Stone? By Frank Morrison. An Easter essay by Dr. Jeremiah Mutie.

Although there have been countless apologetic books on the subject of the death and the resurrection of our Lord, Jesus Christ, my fascination with this monograph, first published in 1930, never ends. There are a number of reasons for this continued fascination. But, first, what is Morrison’s thesis and argument?

Well, in order to understand fully the thesis and argument of this monograph, one has to know something about the writer himself. Born as Albert Henry Ross, the author of the renowned classic went by his pseudonym, Frank Morrison. As soon as one opens the book to read, one notices a glaring oddity: the first chapter is entitled “The Book That Refused to be Written.” Wait a minute, but what is the reader holding in his hands, one wonders. However, Morrison soon clarifies that the book that refused to be written is a reference to his what he originally intended to write. An English journalist living during the times of the peak of German higher criticism especially concerning the person of Jesus Christ, Morrison had assigned himself the task of seriously studying the life of Jesus. As he writes, his beginning point was that of suspicion, aiming at proving that Jesus’ history “rested on very insecure foundations” (9). As such, he planned to write a monograph focusing on the last seven days of Jesus immediately preceding the crucifixion. He aptly chose this as a tittle for the monograph: “Jesus, the Last Phase.” He further explains pertaining the reason for his title and choice of the time space for his investigation: “It seemed to me that if I could come at the truth why this man died a cruel death at the hands of the Roman power, how He Himself regarded the matter, and especially how He behaved under the test, I should be very near to the true solution of the problem” (11). He, in other words, thought that by focusing on this last phase of Jesus “with all its quick and pulsating drama, its sharp, clear-cut background of antiquity, and its tremendous psychological and human interest,” he could succeed in stripping story the Person of Jesus “of its overgrowth of primitive beliefs and dogmatic suppositions, and [thus] to see this supremely great Person as He really was” (11). Nevertheless, something changed in his investigation, and this kind of book became the book that “refused” to be written. Instead, we now have his classic entitled “Who Moved the Stone?” 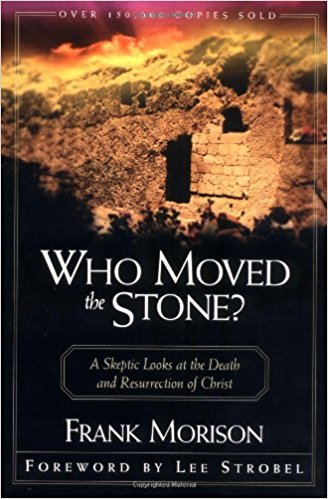 So, what happened to Morrison’s research to warrant such an earthshaking metamorphosis of thought, intent and result? He answers the question by noting that, as he engaged with the sources, the direction of his thought gradually shifted. He writes: “Things emerged from old-world story that previously I should have thought impossible. Slowly but very definitely the conviction grew the drama of those unforgettable weeks of human history stranger and deeper than it seemed. It was the strangeness of many notable things in the story that first arrested and held my interest. It was only later that the irresistible logic of their meaning came into view” (12). The remainder of the book is geared at explaining, piece by piece, how his prior endeavor crumbled, giving way to what we have today. I will summarize a few of the key pieces of evidence here.

Right from chapter one, Morrison insinuates that there is more than the physical activities going on in the story. Although this does not come out clearly in chapter one, it is discernible that, according to him, in a highly orchestrated manner, it is actually Christ who is controlling the events leading up to His crucifixion, death and resurrection. In chapter 2, he clarifies that, although there were many illegalities in the arrest and trial of Jesus, “it seems to me that we make a grievous mistake if we assume (as has so often been done by Christian writers) that everything the priests did that night was ultra vires and illegal” (16). Indeed, he lists the illegalities thusly: “It was illegal, for example, for the temple guard, acting officially as the instrument of the high priest, to effect the arrest. That should have been left to the voluntary action of the witnesses. It was illegal to try a capital charge (trial for life) by night. Only ‘trials for money’ could be conducted after sunset. It was illegal, after the testimony of the witnesses had broken down, for the judges to cross-examine the Prisoner. They should have acquitted Him, and if the testimony given was demonstrably false, the witnesses should have been sentenced to death by stoning” (16). However, as he illustrates, when it comes to the real case against the prisoner, the threat of destroying the temple, however interpreted, was consistent.

Since time immemorial, according to Hebrew custom, the accusers in a Jewish criminal trial were the witnesses. As such, according to Mishna, there were three levels of testimony recognized by the law: “1. A vain testimony. 2. A standing testimony. 3. An adequate testimony” (18). Obviously, as most records indicate, the original case against Jesus Christ crumbled under these stringent Jewish jurisdictional requirements. This is when it took a drastic turn: the illegal extraction of a “confession” from the prisoner himself through the direct questioning by the court. That is, in all Jewish capital offense trials (known as “trial for life”), in order to protect the accused, all the power of accusation “was vested solely in the witnesses” (25). Morrison explains how this happened: “Standing in his place, in the center of the tribunal, Caiaphas applied to Christ the most solemn form of oath known to the Hebrew Constitution, the famous Oath of the Testimony: “I adjure thee by the living God” (Matt. 26:63). To this, Christ, as a pious and law-abiding Jew, had no alternative but to answer” (25–26). Moreover, according to Mishna, “If one shall say…I adjure you by the Almighty, by Sabaoth, by the Gracious and Merciful, by the Long-suffering, by the Compassionate, or by any of the Divine titles, behold they are bound to answer” (26). Of course, there was much more going on as the powerful Caiaphas family activated its political connections to make sure that Jesus becomes eligible for the death penalty as soon as possible, since, as Caiaphas had himself famously proclaimed: “nor do you take into account that it is expedient for you that one man die for the people, and that the whole nation not perish” (Jn 11:50, NASB). That explains why Caiaphas had to conceive of applying the Oath of the Testimony to Jesus, “to which even silence itself was an unforgivable offense” (28). And it worked beyond even his wildest expectations. But how convincing would be words of an itinerant preacher to the effect of destroying and reconstructing a Jewish temple to the Romans? It seems like Caiaphas was fast maneuvering his second move of the night: to convince the Romans that Jesus had committed an offense warranting capital punishment. “Caesar might be indifferent to the somewhat eccentric utterances of an itinerant preacher,” Morrison so eloquently writes, “He could not be indifferent to a claimant for a throne. In the hush of the court as the solemn words of the affirmation fell from the Prisoner’s lips, certain other words were probably already forming in the mind of Caiaphas: ‘If thou lettest this man go, thou/art not Caesar’s friend’” (29).

In order to achieve the goal of putting Christ on the cross by Friday morning, there was a flurry of activity throughout Thursday night. Beginning with the spectacularly timed arrest in the Garden of Gethsemane, there were activities that were shrouded in delicacy and machinations. Indeed, according to Morrison, even the arrest itself was somewhat an oddity. It seems like the fear of the people was not even the issue that precipitated the arrest of Jesus by night. “Personally,” he writes for example in chapter 3 “I am convinced that beneath the ostensible and acknowledged fear of the people, there was a deeper and more potent fear—a fear that explains all their singular hesitancies and vacillations, until a welcome message reached their astonished ears—the fear of Christ Himself” (32). In other words, according to him, it was Christ himself who was subtly controlling the events—and the fear was that he could change plans. He further writes; “Throughout the four critical days that preceded the day of the arrest, when, had He wished, Jesus could have raised the city to an unimaginable pitch of tumult and excitement, they behaved like men under the compulsion of some secret fear. There is none of that swift and decisive grappling with a dangerous situation that we might have expected from men occupying the seat of power. Hesitancy and vacillation are written upon their acts. Even after the terrific and scathing denunciation on Tuesday afternoon, they left the initiative with Christ. Indeed, it is one of the master facts of this strange narrative that the initiative remained with Christ even to the end” (33). Although we will not belabor the point here, Morrison notes that one cannot read the Gospels and miss the fact that Caiaphas made a pre-night visit to Pilate, who, incidentally, happened to be in town with his wife, Claudia Procula, herself the powerful illegitimate daughter of Claudia, the wife of Tiberius. His main reason was to solve the overarching conundrum: “Can we possibly carry the thing through all its inevitable legal stages in time to secure execution before sundown tomorrow?” (39). During this visit, the death of Christ was prearranged. Pilate gave the assurance. The arrest could now proceed.