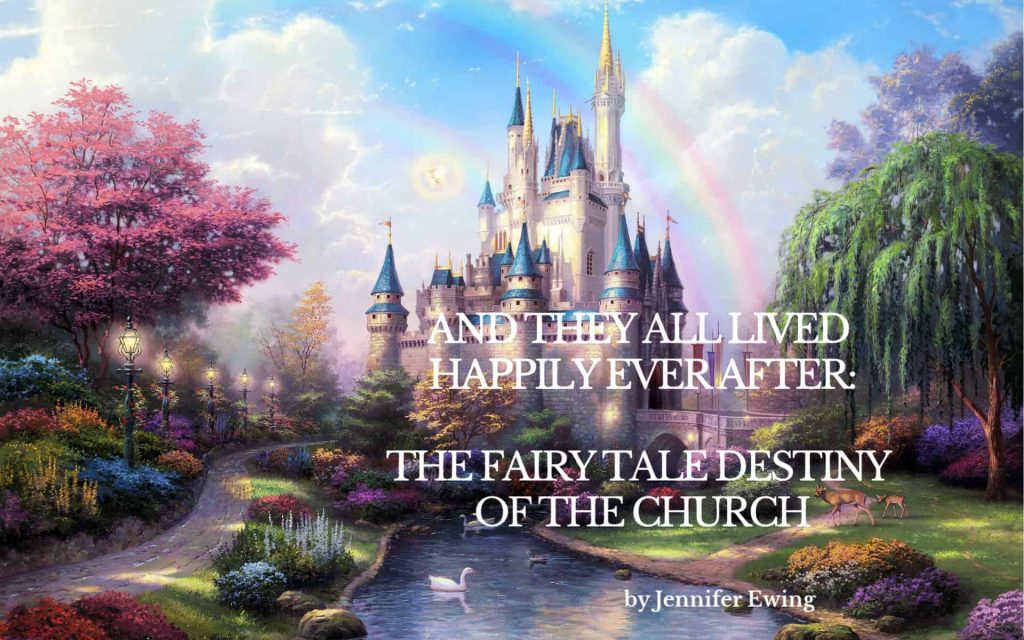 What Happens After the Wedding?

In this second installment, Jennifer Ewing discusses what happens after the Wedding! You can read the first installment here!

Marriage Supper of the Lamb

Fourth, the church will “be seated with Christ at the marriage supper of the Lamb.”[1] “‘Blessed are those who are called to the marriage supper of the Lamb!’” (Rev 19:9). Johnson first explains that “the word translated ‘invited’ [NIV] is keklēmenoi (‘called’), a form of the verb kaleō (‘call’), which is used in the NT of the call to salvation (e.g., Matt 9:13; Rom 8:30; 9:24; 1 Cor 1:9; 2 Thess 2:14). However, the word may also mean ‘invited,’ with no connotation of election (cf. Matt 22:3, 8; Luke 14:16; John 2:2).” [2] Johnson begins by equating this invitation to the marriage supper to election, but then he softens this calling to being a mere invitation. The first definition of the word is probably more accurate when it is seen in context with the last sentence in the verse. As Walvoord explains, “The importance of the announcement and invitation to the wedding supper, repeated in Revelation 22:17, is seen in the angel’s remarks, ‘These are the true words of God.’”[3] Rayburn observes that the announcement is “the prelude to the description of Christ’s triumphal procession from heaven to earth.”[4]
Those attending the feast (or wedding reception) are, of course, Christ, the bridegroom (John 3:29), the church, the bride, and the invited guests. Walvoord explains that “the bride is distinguished from those who are invited to the wedding supper…here the church, described as the bride, will be attended by angels and by saints who are distinct from the bride.” [5] Fruchtenbaum concurs and reveals that the saints are both “the Old Testament and Tribulation saints [which] make up the friends of the bridegroom…the result of the invitation is their resurrection and the wedding feast.”[6] The feast will take place on earth after the Second Coming and will mark the beginning of the Millennium (Messianic Kingdom).

Fifth, the church will “reign with Christ during the millennium.”[7] “Blessed and holy is he who has part in the first resurrection…they shall be priests of God and of Christ, and shall reign with Him a thousand years” (Rev 20:6). The Millennial Kingdom will be “a time when all humankind’s yearning for an ideal society characterized by peace, freedom, material prosperity, and the rule of righteousness will be realized.”[8] This time of peace and rule of righteousness will exist because “Christ and his saints will control the world.”[9] The church and the tribulation saints are promised to co-reign with Christ over the Gentile nations (Rev 20:6). Before his death, Jesus promised his disciples that they would reign over the twelve tribes of Israel” (Matt 19:28). John praises Jesus as the one who “has made us kings and priests to His God and Father, to Him be glory and dominion forever and ever. Amen” (Rev 1:6).
Paul encourages Timothy that “if we endure [suffer], we shall also reign with Him” (2 Tim 2:12). Christ, in his letters to the seven churches promises the overcomer that he will “sit with Me on My throne, as I also overcame and sat down with My Father on His throne” (Rev 3:21) and who “keeps My works until the end, to him I will give power over the nations” (Rev 2:26). Johnson continues to make the connection between the suffering and reigning of Christ and that of the believer: “As Christ overcame through his suffering and death (John 16:33) and entered into the highest honor God could bestow, that of being seated at his ‘right hand’ of sovereignty (Mart 16:19; Acts 2:22ff.; Rev 22:1), so believers who suffer with Christ even to the point of death will share in the honor of Christ’s exalted position.” [10]

Sixth, the church will “share the New Jerusalem with Christ throughout all eternity.”[11] While the saints will reign on earth, they will live in the New Jerusalem. Jesus first speaks of this dwelling place to his disciples in John 14:2, “In My Father’s house are many mansions.” Tenney explains that “the imagery of a dwelling place (‘rooms’) is taken from the oriental house in which the sons and daughters have apartments under the same roof as their parents. The purpose of his departure was to make ready the place where he could welcome them permanently.”[12] This place is not just for the disciples; Hebrews lists the inhabitants of the city: “an innumerable company of angels,…the general assembly and church of the firstborn who are registered in heaven,…God the Judge of all,…the spirits of just men made perfect,…Jesus the Mediator of the new covenant” (12:22–24).
John describes his first sighting of “the holy city, New Jerusalem, coming down out of heaven from God, prepared as a bride adorned for her husband” in Revelation 21:1-2. He is invited by an angel to get a better look, “‘Come, I will show you the bride, the Lamb’s wife.’ And he carried me away in the Spirit to a great and high mountain, and showed me the great city, the holy Jerusalem, descending out of heaven from God, having the glory of God ” (Rev 21:9–10). John then goes into a description of the splendor of the city: her light, her walls, gates, foundations, and measure. The light, gates and foundations each are associated with precious stones and the streets are gold (Rev 21:9-21). There will not be a temple in the city because “the Lord God Almighty and the Lamb are its temple” (Rev 21:22). There will be no night “for the glory of God illuminated it,” likewise the gates will never be shut, and “only those who are written in the Lamb’s Book of Life” may enter (Rev 21:23–27). It will contain a river of life flowing form the throne of God and the fruit bearing, healing, tree of life” (Rev 22:1–2).
In Revelation 21:2, the New Jerusalem is described as “prepared as a bride [a simile] adorned for her husband” but several verses later in 21:9–10, it is referred to by the angel as “the bride, the Lamb’s wife.” Walvoord does not think that “the city be identified specifically with the church.”[13] Fruchtenbaum makes a connection between the new wife and her new home: “the Bride is now the married wife. Then in the following verses (21:10–22:5) there is a graphic description of the glorious eternal abode of the Wife of Messiah in the New Jerusalem on the new earth.”[14] Johnson in his description of the Bride (bright and clean) links her to the city: “clean…reflects purity, loyalty and faithfulness, the character of the New Jerusalem [italics mine] 21:18, 21).”[15] So, while the bride/wife and the city are not the same, they are identified with each other as having the same characteristics.

Illustrate the Glory of Christ Throughout Eternity

Finally, the church will “illustrate the glory of Christ throughout all eternity.”[16] One pillar of dispensationalism, according to Ryrie, is that God’s purpose is to bring glory to Himself.[17] The creation and salvation of mankind is one way that God demonstrates His glory as seen in Isaiah 43:7, “everyone who is called by my name, whom I created for my glory, whom I formed and made.”  The New Testament has several passages that connect the salvation of the church to the glory of God, and that its witness will go into eternity (Eph 1:3, 6, 12; 2:1–7; 3:10; 2 Cor 4:17–18; 1 Pet 5:10).