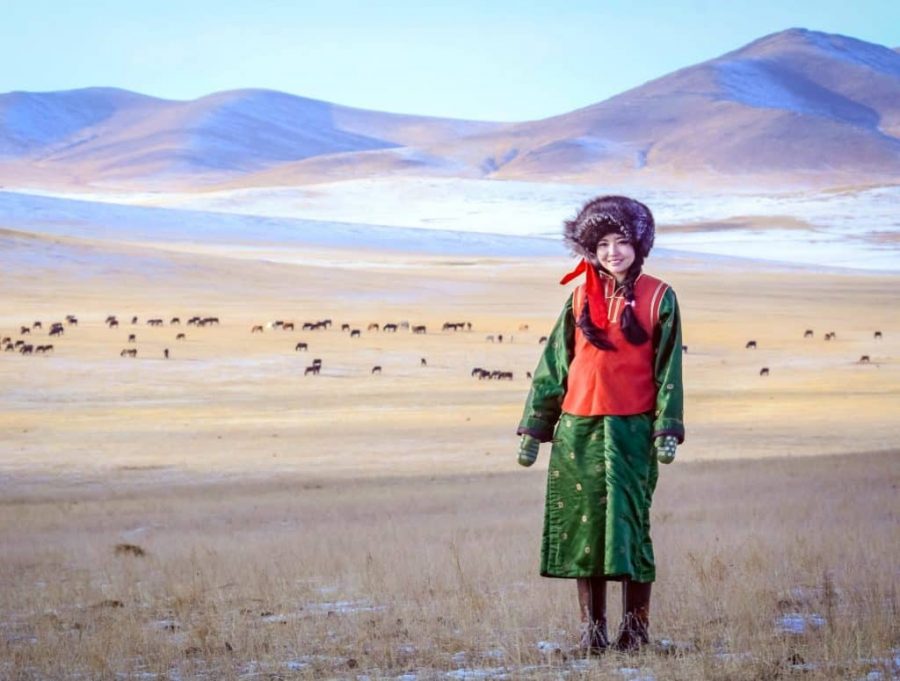 Katrina Carter (not pictured) is a student at Southern California Seminary. She is currently on mission in Mongolia and is chronicling her journey for us. You can read her first essay here.

Praying for the sick

Things have been progressing quite rapidly here in Mongolia, hallelujah! With English classes suddenly coming to an end and the last few days already before us, God has been moving in a variety of ways. By being witness to this, I’m thankful for the opportunity to testify about how He speaks uniquely to each one of children as it really is something quite special. Jesus’ love transcends borders, languages, and circumstances. He pursues our hearts in numerous ways that are truly undeniable, and I pray when you hear His voice calling you do not harden yourselves because you can rest assured, He is alive. The Lord has been using Scriptures, people, and situations to reveal more of Himself and all of it, even the hurt, is oh so good, for He is good! There have been times over the past two weeks where I found myself quiet and dejected (it’s quite possible I’m there now), feeling the weight of life on the road and the newness of constant community. However, the prayers in those moments did not fall on a silent God but instead were answered in marvelous ways. As I was still working through the purpose of my prayer here, I saw Jesus reassure me yet again of His power in us.

Beginning last Monday night, a teammate of mine voiced that she had an open wound in her mouth that was constantly bothering her and asked for prayer. Resting my finger on the outside of that sore I petitioned on her behalf, asking Jesus for healing. There was a cooling sensation as the prayer finished and I lifted my finger but something in me said it needed more prayer. The next day I thought about touching it again but decided to pray for her silently instead and asked the Lord to form new skin in her mouth in addition to removing any redness or hurt. As I waited for His healing to come to my teammate, I myself felt in need of healing, but not in the physical way. I woke up heavy with a kind of greyness surrounding my thoughts. I couldn’t shake it that day, went to sleep restless, and woke up the same.

The Lord has been using Scriptures, people, and situations to reveal more of Himself and all of it,

even the hurt, is oh so good, for He is good!

Now Wednesday, I sat in my morning time with Jesus and just minutes after sitting down my joyful teammate came to find me. She stated that all her hurt was gone and asked me look in her mouth for confirmation. Indeed there was no sore, no redness, and tears filled my eyes from His love. Give praise! That same day, hours later I was sitting at a table of conversation just listening. Out of no where a woman from the community came up to me and told me in Mongolian that her leg hurt and her stomach was bothering her. Ask me how I understood? I have no idea, but she asked me to pray for her. As I offered her what I could, I first placed my hand on her knee and then her stomach only to finish by her saying hallelujah with a smile. Hallelujah indeed! As I pondered why she would ask me out of all the people that were sitting there, someone offered the thought that maybe God told her to. Oh wow! Yes Lord keep speaking… and He did!

That day continued on with two of us venturing to a local cell group (small group). After seeing God speak directly to my teammate through the Scripture we were reading that night (read Hailey’s blog “Striking a Chord”) we closed the meeting the way we began, with worship, singing “God is so good, God is so Good, God is so good, He’s so good to me.” Afterwards the host brought a sick baby to me and asked for prayer over the infants’ congestion. Surprised, but willing, I happily lifted him up. There were a few more prayers said that night but right before we left I was asked to pray over one woman’s cousin who (from what I could gather) had recently developed cancer or some kind of tumor. Though I was again surprised that I specifically would be asked to do this, I went and laid hands on her. I interceded for this woman and her cousin as Jesus interceded for me and by the time we were done praying I opened my eyes to tears in hers. Oh wow! Thank You Lord for touching our hearts and letting Holy Spirits’ pure love fill our presence. How wonderful are Your ways that my soul knows so well. I was amazed and giddy from all the prayer that night, from all the ways I saw God move in a mere 24 hours. There’s nothing like that feeling of rejoicing over His glory and seeing His kingdom come.

Staying Joyful and Waiting for God

A couple days later that dim greyness came back as I continued to struggle with sleep (still struggling), inner conflict of my heart, and thoughts that I had now experienced a slow to my witness of God’s presence. Looking for Jesus in everything, sometimes He can be hard to see. However, it doesn’t take long to find Him if you really look. That morning my teammate offered a devotional thought from Kirk Franklin that said, stay joyful even when you don’t see anything. Taking that to heart, the very next moment a local man from the community walked in with Bible verses for all the girls. He gave me mine in Mongolian and as I looked it up in English I cried. The verse he gave me was Romans 12:12. “Be joyful in hope, patient in affliction, faithful in prayer.” Y’all God is so good! He sees you. He knows what you need before you even say a word and He is quick to respond to a seeking heart. My word!

How else has He been speaking to me? Well there’s been some prayer over our mission funding this past week by a team member and if I’m honest my heart was not with the prayer that she offered for me. I had this ugly thought that others might have greater support than I or that there wouldn’t be anyone else moved to donate to my calling due to the lack of response I had already been getting. As I saw Jesus faithfully and lovingly respond to that prayer for others on my team over the course of the next two days I surrendered that negativity I was holding on to. I came to Him a few nights later in repentance and sought His provision. I trusted that He was asking me to give Him my hope over the fundraising process, that He wasn’t done, and that it was okay to ask Him for movement in that area of my life. If I’m seeking Him in all other aspects why couldn’t I seek Him there too!? I laid all this down at His feet before sleep and the next day around lunch time (the same day I received Romans 12:12), there was a very generous donation in my account. Hallelujah! Here’s some praise for you. Not only was this a very generous donation but it was from the same ladies I wrote about in my last blog from Central Park. The ladies who petitioned on our behalf for this mission and those ladies who had only met me briefly. In this moment God reminded me that the negativity about a lack of support is absurd because the King of the universe supports me and He supports you! There is no greater support.

I’m definitely learning out here. I’m definitely being stretched and grown. Some of it hurts. Some of it’s confusing but God is not a God of confusion and I rebuke the enemy attacks that are trying to thwart the roar of my praises for He’s not done with us yet. Leaving this town, my team and I are preparing an event for the women of this community to heal from past hurts. There’s been an opening of emotions in both them and myself that have the ability to bear much fruit. I pray that the Lord meet us in this space. That His continued movement would redeem the hidden broken pieces of our hearts and refine them to see ourselves clearly through His eyes. I’m expectant and excited for all the things Jesus is doing, all that He has done, and all that He’ll continue to do after we leave.

Bold prayers to a great God

Last night my team and I sang songs of worship together before spending quite a bit of time in group prayer. We ended the night with check ins and quite honestly, it might have been my favorite night yet. Singing His praises together, lifting His name on high along with prayers for each other, over each other, and for this community, followed by being heard and listening is what I imagined for the race. It made me feel united, as one body, as different members working together to see His kingdom flourish. For this and much more am I thankful.

Praying in boldness for less of me and more of Him this year has definitely presented itself. Though I do believe there has already been growth I also feel the hardness of allowing this to happen. I can only imagine how heavy the cross to Calvary must have been as Jesus gave up His life for ours. The undeserved love we inherited but at the same time deserved because He calls us worthy, is something I’m learning to give unconditionally and steadily. In trying to pick up my cross everyday, sometimes I stumble. Sometimes I look at it laying there not wanting to pick it up but praise the Lord I don’t think there’s a day I’ve left it untouched. The fact of the matter is I wouldn’t be here if I had. His love sustains, it equips, and it strengthens. The cross that we carry isn’t carried alone. In reality, He’s already carried it by going before us. Thank You Jesus for never failing, for growing us and searching us. Thank You for being a constant and lighting the way that points to You. Let the meditations of my heart and the words of my mouth be pleasing in Your sight oh Lord as my everything stays fixed on You. Resound!

You can read Katrina’s blog here and write to her there as well! Let her know that you are following her journey!