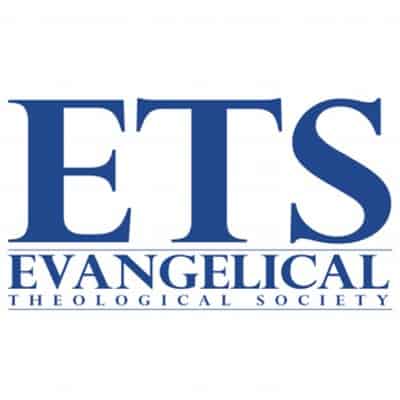 The Reformation principle of sola Scriptura rests squarely upon a hermeneutical foundation of protestant Bible interpretation. In an article written in commemoration of the 500th anniversary of Luther’s birthday, David S. Dockery wrote: “Luther initiated and fostered a hermeneutical revolution which changed the course of history. The protestant Reformation would have been impossible apart from this change in hermeneutics which was employed to interpret both the OT and the NT. In a very real sense, Luther is the father of Protestant interpretation and his influence is profound.” This paper provides a critical evaluation of those principles which defined Martin Luther’s hermeneutical method. Emphasis is given to the internal consistency of Luther’s literal historical-grammatical hermeneutic with his Christocentric method. The first part of the paper includes a summary of those protestant principles of biblical interpretation upon which the cries of ‘Sola Scriptura’ rest, including: 1) the authority of Scripture; 2) the sufficiency of Scripture; 3) the perspicuity of Scripture; 4) the requirement of faith and spiritual illumination; 5) an affirmation of the literal or grammatical-historical interpretive method; 6) the rejection of allegory as a valid interpretive method; and finally 7) the Christocentric principle which perceived the centrality of Christ in all of Scripture. The latter part of the paper contains a critique of the compatibility of the seventh point listed above with the six which precede it. In other words, it assesses the consistency of Luther’s appeal to a normal historical-grammatical hermeneutical method against his Christocentric principle of biblical interpretation.

Often skeptics take the Declaration of Independence and interpret it from a secular, enlightenment view.  However, if one goes into the religious and political thought of the day, one will find political freedom as understood by Jefferson and Adams first started originally as a freedom of religious issue.  Beginning with the Pamphlet “Rights of Magistrates” written by Theodore Beza in response to the St. Barltholomew Massacre in France, one can find there is a direct connection between a person’s right to believe the Gospel of Christ and our freedoms as Americans as written in the Declaration of Independence.

With a focused interaction of Martin Luther’s three most controversial treatises published against the Catholic Church in 1520, the paper will analyze and compare his manifesto with later reformer John Nelson Darby’s three most controversial treatises dealing with identical notions of Scripture and clergy published against the Established Church in the 19th century. This comparison will show the furthering of Luther’s legacy into movements which emphasized ecclesiastical independence and individual Bible interpretation that would in turn directly influence American evangelicalism. By highlighting a literary connection between two reforming giants separated in time—Martin Luther and John Nelson Darby—this paper will provide a justification for the modern day, local independent church as the proper governance continuing faithfully the legacy of New Testament ecclesiology. And in so doing, it will demonstrate that without the Reformation’s recovery of Sola Scriptura, Rome would still retain its unlawful captivity of the Western Church. Thankfully, God saw fit to raise up two men that would forever leave an indelible mark on the doctrine of the Church supported by Scripture alone.

Jerusalem has a special status, chosen, similar to, but separate from, the chosen status of the tribes of Israel. It is more than the capital of the united kingdom of Israel or the kingdom of Judah, more than the location of biblical events, and more than the site for the Temple. Jerusalem is the object of God’s special favor and His special purpose. This paper examines the special status of Jerusalem and the mandatory, non-substitutable position of necessity that Jerusalem holds.The first half of the paper demonstrates that Jerusalem was:  1) in mind as early as Abraham;   2) favored above all other places in Israel; 3) chosen for His Name, and  4) favored separate from its selection as the site of the Temple.  The second half of the paper considers objections and demonstrates the necessity of Jerusalem in God’s plan of redemption.   The paper concludes with some brief preliminary suggestions on the significance of Jerusalem’s position in God’s plan of redemption, for consideration by contemporary Christians.

The first half of the paper demonstrates that Jerusalem was: 1) in mind as early as Abraham; 2) favored above all other places in Israel;  3) chosen for His Name, and  4) favored separate from its selection as the site of the Temple. The second half of the paper considers objections and demonstrates the necessity of Jerusalem in God’s plan of redemption. The paper concludes with some brief preliminary suggestions on the significance of Jerusalem’s position in God’s plan of redemption, for consideration by contemporary Christians.

This paper seeks to relieve the tension over the teachings about sin in 1 John by developing Daniel B. Wallace’s suggested motif of projected eschatological reality. It argues that the usual solution to this problem by evangelicals – that of identifying habitual presents in select uses of ἁμαρτάνω and its cognates – is grammatically untenable. Instead, this paper argues that the key to understanding John’s teaching about sin in this epistle is to understand that in 3:1-10 he speaks of sin in terms of a projected eschatological reality. The believer’s eschatological identity is sinless, and this future reality becomes the motivation for holiness for believers in the present.