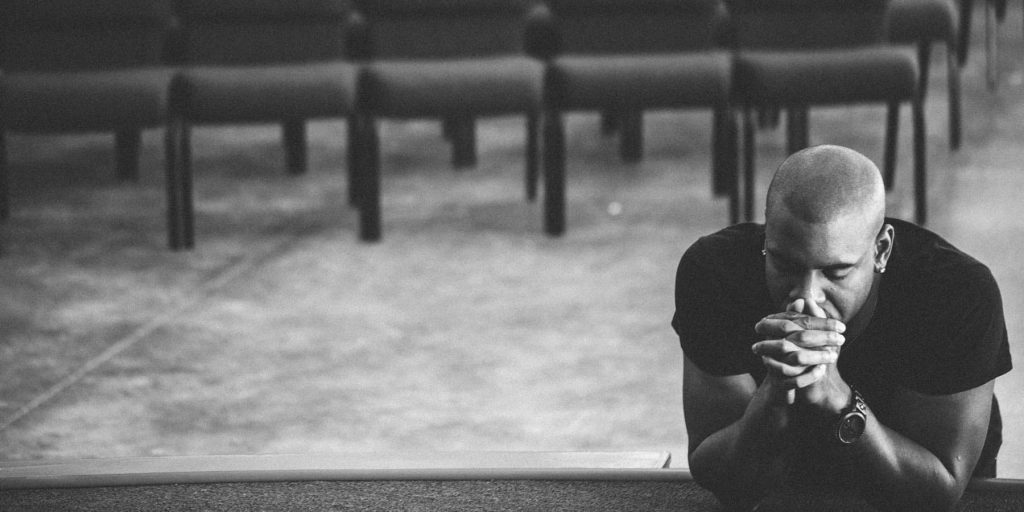 Ever since the Lordship vs. Free Grace clash occurred in the mid-1980s, a hot bed of controversy has surrounded the Gospel of John and the place of repentance in a person’s salvation. Because John is considered by many “the gospel of belief” (cf. John 20:31) it is often the go-to document for considering how one is to be saved. Yet, while 11 of the 27 books of the New Testament do explicitly use the Greek word or its cognates for “repentance” (μετάνοια, metanoia), it is conspicuously absent in John’s Gospel. As such, it flows from a certain line of reasoning that since John does not mention the word repentance, repentance is not required in a person’s salvation given that John is the gospel of belief. This article will directly challenge that notion. In short, due to an artificial construct placed on the fourth Gospel, some are kept from seeing the very concept of repentance in John which is powerfully illustrated within its pages. In other words, while it is true the verb μετανοέω (metanoeō) and noun μετάνοια (metanoia) do not occur in the Gospel of John, their grammatical absence is not evidence for their conceptual absence. In contrast to some, repentance is dramatically and prominently featured in John’s Gospel.

Scholars have long observed the absence of “repentance” in John’s Gospel and have responded with vitriol against those who insist repentance is nonetheless required for salvation. Dallas Seminary founder Lewis Sperry Chafer is a good example: “No thoughtful person would attempt to defend such a notion against such odds. And those who have thus undertaken doubtless have done so without weighing the evidence or considering the untenable position which they assume.”[1] More recently, Master’s University and Seminary president John MacArthur, and former Dallas Seminary professor Zane Hodges, went toe-to-toe debating in books form whether repentance is necessary for salvation. MacArthur insisted that repentance is a gift from God and accompanies saving faith and is thus required for one to be saved. Hodges insisted repentance is a human work and thus violates God’s free grace. Added to Hodges argument is the fact that the word for repentance does not occur in John’s Gospel, the “gospel of belief” (also often referred to as the “gospel of salvation”). The debate between MacArthur and Hodges resulted into what is now known as the “Lordship Salvation” vs. “Free Grace” controversy. MacArthur, representing the former position, promoted true belief as repentance and submission to the Lord’s authority, and boldly stated: “Those who will not receive [Christ] as Lord are willfully rejecting Him….Thus there is no salvation except ‘lordship’ salvation.”[2] Hodges, a proponent of the latter position contended, “Indeed [one] could have searched the entirety of John’s Gospel repeatedly and never found even one reference to repentance, much less a reference to surrender or submission as a condition for eternal life.”[3] The irony is that both men appealed to the same Scriptures to make their case. The debate continues to this day.

Absence of Evidence Does Not Mean Evidence of Absence

(1) The concept of Jesus as Savior is absent from Matthew, Mark, Romans, Colossians, Hebrews, and Revelation;

(2) The concept of grace is absent from Matthew and Mark;

Croteau’s list raises important questions. Acknowledging the above concepts and/or words are in fact absent from important NT books—doctrines that are essential doctrines to accept if one is to be a Christian—would anyone accuse, say, Matthew of rejecting Jesus as the Savior, or Mark of rejecting God’s grace? Absolutely not. In this same vein, John is not only devoid of the word repentance, the fourth Gospel is also absent of Jesus’ virgin birth, hell, or any notion of justification. Does their absence in John suggest the apostle rejected these crucial doctrines? It seems unthinkable. So, rather than accepting one free-grace advocate’s stance that we should “admit that it was important enough to John that repentance not be included in his Gospel of Belief,”[5] readers of Scripture would do well to remember that the absence of a word does not mean de facto an author purposely rejected the concept or intentionally left it out. Thus, the absence of a word does not equal the absence of its concept.

Repentance is in John’s Gospel

The noun for repentance, μετάνοια (metanoia), occurs 22 times in the New Testament (NT), while its verb form μετανοέω (metanoeō) occurs 34 times. Taken together, this equals a total of 56 times that repentance is explicitly taught in the Greek New Testament. The word μετάνοια (metanoia), as used in the GNT, is defined as “turning about, conversion”[6] while μετανοέω means to “change one’s mind,” and to “feel remorse, repent, be converted.”[7] While these words for repentance occur regularly throughout the New Testament, it is true that John does not use the actual words in his Gospel.[8] However, as it is the notion of conversion or turning that connects both noun and verb (as defined above), the concept of repentance is something prominently displayed in the fourth Gospel. For example, the crippled man healed in John 5 is told by Jesus to “sin no more so that something worse does not happen to [him]” (John 5:14). In other words, Jesus commands him to turn from his previous life. To the woman caught in adultery, Jesus verbally scatters her accusers and commands her “to go and from now on sin no more” (8:11).[9] Thus a call to turn and be converted is portrayed. More explicitly, John uses the verb στρέφω (strephō) in 12:40 when paraphrasing Isaiah’s rebuke of people refusing to repent (cf. Isaiah 6:9– 10). The verb στρέφω, as used by John here, means “to experience an inward change, turn, change.”[10] Conceptually, this is the exact equivalent for the word “repentance.” Croteau’s words nicely bring this brief article full circle: “Therefore, the absence of the word doesn’t necessitate the absence of a concept.”[11]

Out of the 39 books of the Old Testament only one is completely devoid of any Hebrew word for God: Esther. Yet, as any diligent Bible student knows—God is prominently lurking behind the pages of Esther, sovereignly controlling all the events to ensure the continuance of the Jewish race that would one day produce the Messiah. As it would be ludicrous to think the Book of Esther rejects any belief in God simply because His name is absent from the book, so it is to think that John rejects repentance because the word is not found in his book. The concept of repentance is most certainly present in John’s Gospel, just as God is certainly present in Esther. To categorize John as “the Gospel of Belief” is well and good as belief is most surely the grand purpose (20:31). However, it would do well to remember that this title is a man-made construct placed over it; it is not something the book calls itself. Thus, to argue that repentance is absent from John’s Gospel or that it is something not required in salvation because men have labeled the book the Gospel of Belief is to commit two errors: a straw man, and an argument from silence. As demonstrated above, John very much displays the concept—and even a word (12:40)—that depicts a turning from one’s sin, i.e., repentance. Therefore, the Gospel of John is most certainly a Gospel of Belief—a Gospel of Repentant-Belief. [12]

[1] Lewis Sperry Chafer, Systematic Theology (Dallas, TX: Dallas Seminary Press, 1947), 3:376–77. In fairness to Chafer, which many lordship-advocates who negatively quote him have not been, it is vital he be understood in the proper context. What Chafer was responding to with this often-used quote was the false notion that repentance is a necessary, independent or separate act added to saving belief. Moreover, he thoroughly believed repentance was indeed necessary for salvation, and was gift from God. More on this below.
[2] John F. MacArthur, The Gospel According to Jesus: What does it mean when He says, “Follow Me”? (Grand Rapids, MI: Zondervan, 1994), 34.
[3]  Zane C. Hodges, Absolutely Free! A Biblical Reply to Lordship Salvation (Corinth, TX: GES, 2014), 24.
[4]  David A. Croteau, “Repentance Found? The Concept of Repentance in the Fourth Gospel,” Master’s Seminary Journal 24, no.1 (Spring 2013): 108–09.
[5] Charles C. Bing, “The Condition for Salvation in John’s Gospel,” Journal of the Grace Evangelical Society 9, no. 1 (Spring 1996): 34.
[6] Walter Bauer, F.W. Danker W. F. Arndt, and F. W. Gingrich, A Greek-English Lexicon of the New Testament and Other Early Christian Literature. Edited by Frederick W. Danker. 3rd ed. (Chicago: University of Chicago Press, 2000), 4854. Bible Works Software. From here on, abbreviated as BDAG.
[7] Ibid., 4853.
[8] Yet, John explicitly uses various forms of the verb μετανοέω 12 times throughout Revelation in chaps. 2–16 proving he was not opposed to the word. As for his Gospel, it is noteworthy that out of 98 uses, John uses only the verb for “faith,” πιστεύω (pisteuō), never its noun form, πίστις (pistis). John’s exclusive use of the verb suggests he understood faith/belief conceptually as an action concept of which repentance, being a mindful and soulful act, can certainly be inferred.
[9]  While the authenticity of this passage is disputed, it still validates the concept in John nonetheless.
[10] BDAG, 6856. This is the same meaning for its Hebrew counterpart שׁוב (shuv) in Isaiah 6:10 (HALOT, 9407).
[11] David A. Croteau, Urban Legends of the New Testament: 40 Common Misconceptions (Nashville, TN: B&H Academic, 2015), 57.
[12] This biblical notion of repentant-belief is precisely what Chafer advocated, and that it was an act entirely of God’s grace. For example, throughout volume three of his eight volume Systematic Theology (Dallas, TX: Dallas Seminary Press, 1948), Chafer states the following: “Therefore, it as dogmatically stated as language can declare, that repentance is essential for salvation, and that none can be saved apart from repentance, but it is included in believing and cannot be separated from it” (3:373, emphasis added). Further, “As before stated, repentance, which is a change of mind, is included in believing…. That change of mind is the work of the Spirit (Eph 2:8) (3:374, emphasis added). And finally, Chafer concludes, “It is asserted that repentance, which is a change of mind, enters of necessity into the very act of believing on Christ, since one cannot turn to Christ from objects of confidence without that change of mind” (3:378). Quotes such as these prove Chafer was certainly in line with traditional Calvinistic soteriology, a fact (as a Presbyterian) he promotes throughout his eight-volume theology set.