John Nelson Darby: A Brief Sketch of his Life & Impact 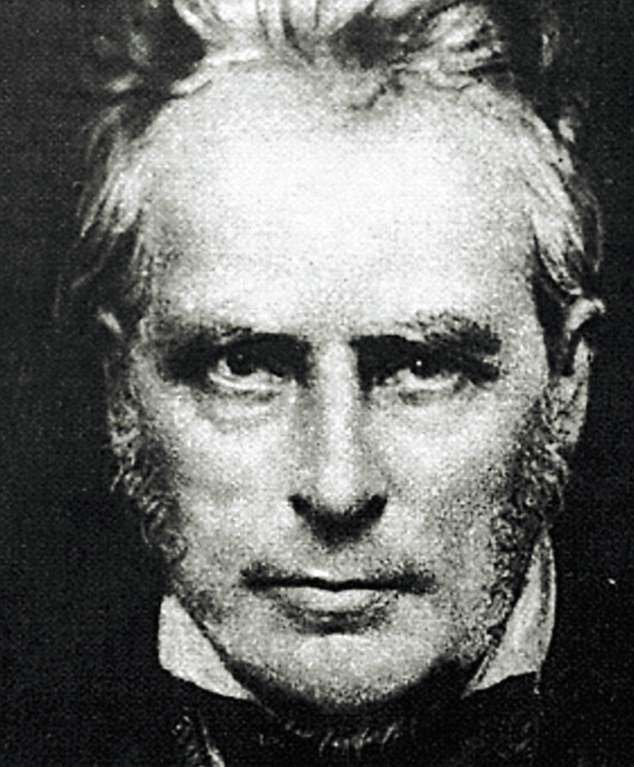 JOHN NELSON DARBY: A BRIEF SKETCH OF HIS LIFE AND IMPACT

By James Fazio, Dean of Bible and Theology at Southern California Seminary

Our Community Courses are coming Summer Community Courses: Inductive Bible Study and Biblical Interpretation  and you’re invited. This blog post is on John Nelson Darby, a man whose major impact was on what is known today as dispensational theology.

There are very few individuals through the entire course of church history who, when named within Evangelical circles, invoke so varied a response as that of John Nelson Darby. Although J. N. Darby has impacted the Christian world in a number of different ways, it may well be said that the most notable mark that he left was on what has come to be known today as dispensational theology. However, nearly all of his teaching and ministry has gone on to shape much of what is considered today as “the fundamentals” of evangelical faith. In addition to his advocacy of dispensational theology, Darby also gave much consideration to biblical prophecy, the priesthood of every believer, and the pre-tribulation rapture.

Born on November 18, 1800, J. N. Darby was the youngest son and second to last child in a family of eight children.  His father was a wealthy Irishman who had moved to England, where he operated a successful business in London. There, in 1784, he married Miss. Anne Vaughan, a native of England and daughter to a rich merchant who had owned plantations in the New World. At the age of twenty-four, Darby became ordained as an Anglican clergyman. Darby carried out his duties as an Anglican minister in a small area of Ireland called Calary. There he held services and ministered to the people, despite having found no peace for his own soul. Concerning this period he wrote, “Going from cabin to cabin to speak of Christ, and with souls, if I thought to quote a text to myself it seemed a shadow and not real. I ought never to have been there. I was not set free according to Romans 8.”[1]

In 1827 Darby suffered a horse-riding accident resulting in a debilitating injury which required an extended period of convalescence. During this time—roughly seven years from his conversion—Darby began to resolve some of those nagging issues that would set him on a trajectory for the remainder of his life. It was Darby’s recognition of his deliverance from the law, and discovery of his nature as being one with Christ before God, that was most liberating to him during this period. However, it was his apprehension of the Church’s true character that resulted in the abandonment of his clerical robe and the departure from his ecclesiastical position. Shortly after the time of recuperation from his leg injury, in the winter of 1827-28, Darby began to meet with four other men: J. G. Bellet, Dr. Cronin, Mr. Hutchinson, and Mr. Brooke, for the purpose of mutual fellowship in the breaking of bread in Fitz-William Square, Dublin. Gradually, others were added to their number. “In the year 1828, Mr. Darby published his first pamphlet, entitled, ‘The Nature and Unity of the Church of Christ.’ We may consider this tract as a statement of what the young community believed and practiced.”[2] Before long, Mr. Hutchinson’s home proved to be an unsuitable meeting place for the number that had amassed on Sunday mornings. In just over one year from their first simple gathering, a Mr. Parnell (afterwards Lord Congleton) hired a large auction room for the Brethren’s use on Sundays for the Lord’s Table. Darby persisted in sharing his unique insight of the Scriptures with those to whom he ministered. This led to the publishing of more pamphlets: “Separation from Evil, God’s Principle of Unity,” “Grace, the Power and Unity of Gathering,” “Ecclesiastical Independency,” “Churches and the Church,” and “The Notion of a Clergyman- Dispensationally the Sin against the Holy Ghost.”

Although Darby’s years in ministry had been characterized by conflict, the turbulence that erupted between 1845-1848 dealt a decisive blow to Darby’s ministry. Darby claimed that Mr. Newton—another of the leading brothers that identified with the Brethren movement—was exercising “spiritual dominance” over the assembly in Plymouth, England. Darby’s contention was that “Newton’s dominance in the assembly was unsatisfactory, not because he did not deserve the respect of the able teacher he was, but because it limited the spiritual vision of those in the assembly whose loyalty to him tended to overshadow their loyalty to the Lord.”[3]

One is left wondering, however, whether Darby’s solution to the problem was any less domineering over the Lord’s Church. No doubt, from a Scriptural standpoint, Darby was overstepping his bounds, by assuming the place of one who could arbitrarily make a decision to “Close down Church” in any area—but that was, nevertheless, the conclusion he reached. Perhaps that is why Darby’s response to this issue grew to become not only the greatest shame of the entire Brethren movement, but possibly the greatest crippling act of this particular limb of the Lord’s expression here on earth. With the passing of time, grace and humility drew no closer to the situation. Newton, along with those who would continue with him, went on meeting together apart from Darby and his followers. Finally, after about two years, some manuscript notes—which included some of Newton’s comments on the Psalms—fell into Darby’s hands.  Despite their vagueness, Darby and his friends asserted that these notes contained unorthodox doctrine regarding the nature and sufferings of Christ. Brethren historian Edmund H. Broadbent summarizes: “The notes were published without reference to Newton in regard to their accuracy; their unorthodox was pointed out, deductions were drawn and a charge of heresy fastened upon him.”[4] It was only a matter of time before this “papal decree” was carried over beyond Newton and the Plymouth assembly.  In the following year, 1848, two Brethren from Plymouth visited Bristol and broke bread with the Brethren at Bethesda.  When word of this got back to Darby, he demanded that the church at Bethesda judge matters pertaining to Plymouth.  The Brethren at Bethesda regarded the Scriptures more than Darby, however, and insisted that it was not their place to “judge a church.”[5]

Needless to say, many of the churches that Darby had been instrumental in building up, like Bethesda, were more interested in following the teaching of Scripture, rather than the edicts of any man.  The result of this issued in two distinct lines of Brethren which have both persisted, independent of each other, to the present day.  Those who accepted the stand of Darby would come to be known as “Exclusive Brethren,” whereas those willing to pursue open fellowship with all Brethren, became identified as “Open Brethren.” By the end of his life, at age 81, Darby had gone on to achieve many wonderful accomplishments to the Lord’s glory.  Having ministered throughout much of Europe and in virtually the entire English-speaking world, Darby was instrumental in the planting and growth of dozens of new churches.  Additionally, he had a major personal impact on many notable Bible teachers, including D. L. Moody and C. I. Scofield.  Among his most noteworthy accomplishments, however, was his written ministry, which included translations of the Scriptures into French, German, and English.

It may well be said that the outcome of Darby’s life was in many ways similar to the great reformer who lived to a ripe old age and died in service to the Lord.  While he made tremendous strides for the Lord’s purpose, here on earth, the same “party-spirit” which divided Luther from Zwingli and the Swiss reformers seemed to be affected in Darby’s life.  Not unlike the way Luther became that which he fought so avidly against, so did Darby’s obstinate stand contrast that which had characterized his early ministry. Subsequently, in 1882 when Darby went to be with the Lord, this lamentable situation had been no less rectified. Although it is clear to see today how effectively God used Darby according to His good will and purpose, one cannot help but notice the terrible affliction that left its scar on both the Brethren movement, as well as dispensational theology.