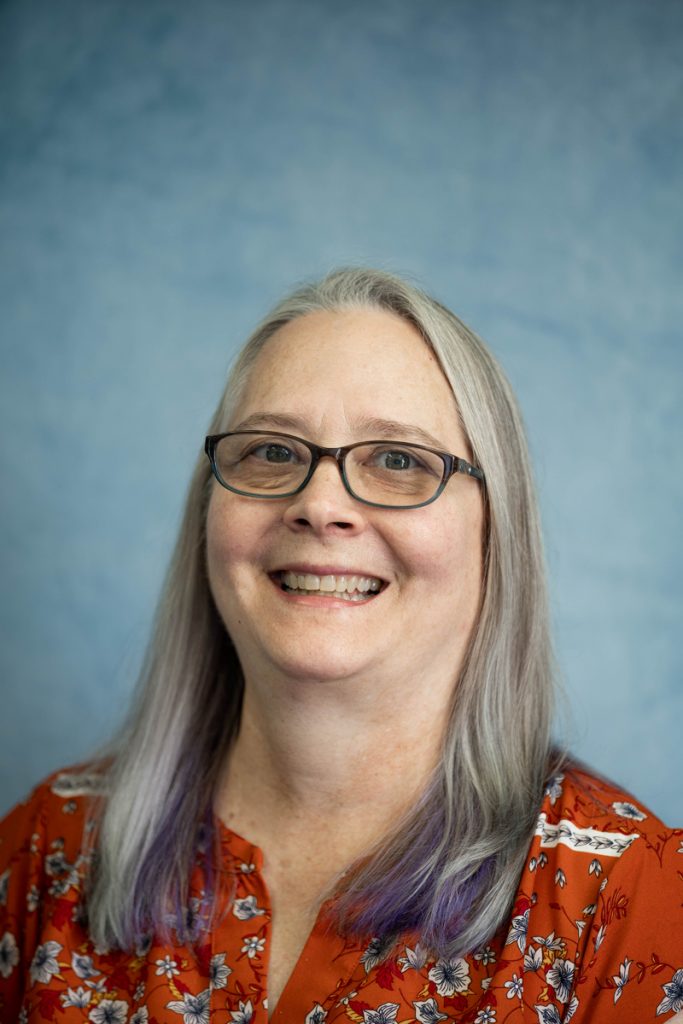 Jennifer S. Ewing has been the Library Director at Southern California Seminary (SCS) since 1998. She is active in the Association of Christian Librarians (ACL) where she served as a board member from 2012-2015 and in the Southern California Theological Library Association (SCATLA) where she served as president in 2007. She spent 16 years working as a reference librarian at the San Diego Public Library’s downtown Central Library and a few years working in the library at the Institute for Creation Research in Lakeside, CA. Prior to working at SCS, she worked a map librarian for Navigation Technologies (digital maps for in-vehicle navigation) in Sunnyvale, CA.

Jennifer earned a BA in history from Christian Heritage College, now San Diego Christian College, a Masters of Library and Information Science at San Jose State University, and a Masters in Christian Ministry at SCS. She currently attends Signum University working towards a Masters in Literature and Language with an emphasis in Tolkien Studies. She someday hopes to have time to finish a scrapbook of her trip to New Zealand in 2012 on a Lord of the Rings tour fondly called by the group, A Long Expected Journey.

She has co-authored an article with Alison R. Jones: Can memoirs be used for spiritual development in a book group? The Christian Librarian, Vol. 55-56, No. 2-1 (2012-2013): 2-4, and another article co-written with Ruth Martin: Using your library’s objectives as the organizational framework for library documentation in planning, assessment, and accreditation. The Christian Librarian, Vol. 59, No. 2 (2016): 244-255.