Is the Septuagint a Reliable Guide for New Testament Exegesis? 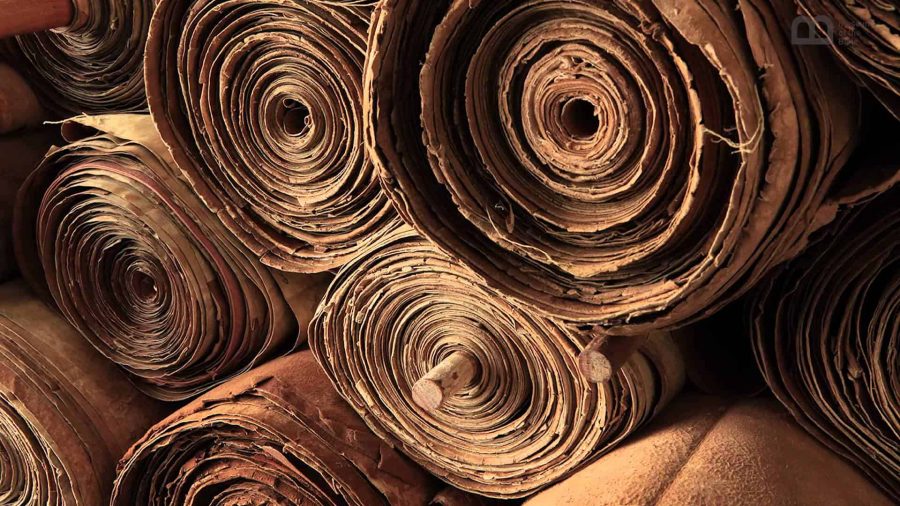 Is the Septuagint a Reliable Guide for New Testament Exegesis?

The purpose of this series is to demonstrate the Septuagint’s value as a reliable and applicable guide for modern day biblical exegesis. This is considered especially important as it relates to New Testament studies and textual criticism. In order to arrive at my stance affirming the Septuagint’s value for biblical exegesis, several steps will be accomplished that help build a strong cumulative case. Among others, this includes a four-point apologetic showcasing the Septuagint’s value to better understating both the Hebrew Masoretic Text (MT), and the Greek New Testament (GNT). Due to its brevity and non-technical nature, this series will in no way pretend to be an authoritative contribution to the field. Those who stand to benefit the most from its contents are students of Scripture with perhaps a year or two of academic exposure to Septuagintal studies and textual criticism. However, even readers with no exposure to these disciplines will still benefit as they are introduced to an important field of Bible study—exegesis and textual criticism. Due to its concentrated focus on the Septuagint’s bearing on the Greek New Testament, this blog will distinguish itself from the standard works on exegetical matters related to the MT and the Greek Septuagint (LXX). For example, the pioneering labor of Hebrew scholar Emanuel Tov, who writes from an exclusively Jewish sentiment, is highly commendable; yet Tov’s works on textual criticism fall short as he does not hold to an inerrant Bible, i.e., both Old and New Testaments. In contrast, what this series will present, while at points academic, is nonetheless written from a firm belief in the plenary inspiration of the Scriptures powered by a love for Jesus Christ. That said, the series will still highlight the Jewishness of the Septuagint and shine a light on its literal translation of the Hebrew Scriptures. Holding a high regard for the Hebrew Scriptures and the ancient scribes who produced the LXX, this series will go so far as to even reject its traditional Christian label as the “Greek translation of the Old Testament.” In the following weeks, I will offer continuing advancements of this blog moving from defining important terms, to providing a historical insights about the LXX, to finally connecting it to its validity in biblical—especially New Testament—exegesis. At the risk of seeming a bit “too academic” for a website blog, my hope as a professor here at SCS is that this series showcases a brief exposure to the wonders of biblical languages and textual criticism, two invaluable recourses students learn as they delve into better understanding the Word of God.

Any serious treatment concerning the relation of the Septuagint to biblical exegesis deserves its own full-length book. Thus, as the title above notes, what follows will at most be a brief treatment on a very worthwhile subject matter. While this article in no way pretends to be an authoritative contribution to the field—as many excellent scholarly treatments on both the Septuagint and biblical exegesis have been put forth—perhaps those who will benefit the most from its contents are students of Scripture with at least a year or two of academic exposure to Septuagintal studies and textual criticism. That said,  amongst the pool of recourses that help shed light on the applicability of the Septuagint as it relates to exegetical method, six specific recourses were used repeatedly as dependable guides for this paper. These were works by Glenney, Wyckoff, Cox, Pietersma, Tov, Brotzman—all of which are referenced throughout in detail. In addition, several sources highlighting Hebrew textual criticism, as well as the syntax of Ancient Greek, were consulted. These were works mostly by Stuart, and Conybeare and Stock, also noted below. The interested reader is encouraged to read these contributions as well as those offered by them in order to gain a much fuller scope of the topic at hand.[1] As for the purpose of this article, one specific question will be addressed as it relates to biblical studies: Is the Septuagint a reliable and applicable guide for modern day biblical exegesis? In order to arrive at the author’s opinion answering in the affirmative, several steps will be accomplished to help build a strong cumulative case. These steps include offering workable definitions for such terms as “exegesis,” “textual criticism,” and “Septuagint,” which will serve to make things clear as opposed to merely assuming a general meaning for them. Also, a short historical background of the Septuagint itself will be given highlighting specific details that help scholars today better understand its production and purpose. Additionally, a brief consensus concerning scholarly opinions about the relationship of the Septuagint to biblical exegesis will be provided, followed lastly, by a four-point apologetic regarding the Septuagint’s contribution and relevance to the exegetical method while highlighting its importance to the Greek New Testament (GNT). The end result will conclude in the writher’s opinion that not only is the Septuagint a reliable and important guide for biblical exegesis (without promoting a wholesale dependence); it is even demanded by the Septuagint itself in order to stay consistent with the LXX’s own stated doctrine of Scripture’s eternal preservation.

For the purpose of this paper, the following definitions will be assumed throughout. These are taken from reliable scholars specializing in the field of biblical exegesis.

John Grassmick, while known mainly for his work in New Testament Greek, still offers a most workable definition of this term applying to both biblical languages: “Exegesis is the skillful application of sound hermeneutical principles to the biblical text in the original languages with a view to understanding and declaring the author’s intended meaning.” [2]

According to leading Hebrew Scholar, Emanuel Tov: “Textual criticism deals with the origin and nature of all forms of a text, in our case the biblical text….[It] aims neither at the compositions written by the biblical authors, nor at previous oral stages, if such existed, but only at the stage (those stages) at the composition(s) which is (are) attested in the textual evidence.” [4]

It is particularly with the meaning of this word where scholars differ. Traditionally, the Septuagint or LXX (Latin nomenclature meaning “70”) has been understood in Christian circles as “the Greek Translation of the Old Testament,” or “the Old Testament in Greek” as evidenced in the titles of certain classic works.[5] Yet, these designations are left wanting for the following reasons:
1.3.1    The LXX is the Jewish Bible. The first problem is brought out by Cox: “This nomenclature recognizes that ‘Old Testament’ is a confessional for the first section of Christian Scripture. Those who translated the Hebrew writings into Greek were all Jews, and what they were translating were Jewish writings, one and all [emphasis added].”[6] Thus, a proper definition for the LXX needs to respect the Jewishness of these Hebrew Scriptures that were translated into Greek by Jewish scribes—in an era before Christianity and its labeling of these Jewish Scriptures as “the Old Testament.”
1.3.2    The term “LXX” has a broad range. Another issue concerning these popular designations is that the Septuagint has had various labels attached to it over the years reflecting its broad scope. For example, by using the term “Septuagint,” some are referring to all the early Greek translations of the Hebrew Scriptures—from the inter-testamanetal period on through Symmachus’s version translated in the second century A.D.[7] Brotzman notes, “At the end of the second century, there were (at least) four competing Greek versions of the Old Testament.”[8] To conflate the problem, some when speaking of the Septuagint, are referring either solely to the Pentateuch (the books most likely translated by the original “70”), the entire canonical Old Testament, or even the OT corpus plus the non-canonical Apocryphal books—all of which have been translated into Greek.
1.3.3   The LXX is exegesis of the Hebrew text. Taking the above into account, and narrowing down the term “Septuagint” to a suitable definition for this paper, the writer suggests defining the Septuagint in the same manner as Pietersma, while keeping recognition of the various ways it is used. “As I see it, distinctions of the kind I have suggested are of vital importance in the exegetical enterprise, since each carries with it its own set of procedures. [Therefore], I am interested only in [defining], the original Septuagint as an exegesis of its Hebrew source text; hence ‘The Septuagint’ as a sub-category of ‘the Septuagint of the Jews’” [emphasis added].[9]

[1] Perhaps the most recognized comprehensive work detailing the LXX as it relates to exegesis is Emanuel Tov, Textual Critical Use of the Septuagint in Biblical Research (Winona Lake, IN: Eisenbrauns, 2015). Additionally, a valuable full-length primer is Karen. H. Jobes and Moisés Silva, Invitation to the Septuagint (Grand Rapids, MI: Baker, 2015).
[2] John D. Grassmick, Principles and Practice of Greek Exegesis (Dallas, TX: Dallas Theological Seminary, 1974), 7.
[3] It is worth noting that a several well known American works outlining the practice of Textual Criticism, books that were consulted for this study, never actually define the term for their readers. It seems rather to be assumed at the outset. Douglas Stuart, Old Testament Exegesis, and Ellis Brotzman, Old Testament Textual Criticism (noted in detail below) are two notable examples of this omission.
[4] Emanuel Tov, Textual Criticism of the Hebrew Bible 2nd rev. ed. (Augsburg Fortress, MN: Augsburg Fortress Press, 2001), 1, 288. It is helpful, in this writer’s opinion, to understand textual criticism as being a category and practice subsumed under the larger scope of exegesis.
[5] E.g., Henry Barclay Swete, An Introduction to the Old Testament in Greek, Rev. by R. R. Ottley (New York, NY: Ktav, 1968); and Alan E. Brooke and Norman McLean, eds., The Old Testament in Greek: Numbers and Deuteronomy, (Cambridge, UK: Cambridge University Press, 1911).
[6] Claude Cox, “Some Things Biblical Scholars Should Know About the Septuagint,” Restoration Quarterly 56, no. 2 (2014): 86.
[7]  Cf. Ellis Brotzman, Old Testament Textual Criticism (Grand Rapids, MI: Baker, 1994) 73. See also, Emanuel Tov, The Text-Critical Use of the Septuagint in Biblical Research (Jerusalem, Israel: Simor, 1981), 272.
[8] Ellis Brotzman, Old Testament Textual Criticism, 76. The most widely know Greek translations circulating at this time were done by: Aquila (A.D. 125-50); Theodotion (A.D. 160-70); and Symamchus (A.D. 180-95). After these three, Origen constructed his Hexapla (six-fold) translation (early to mid 3rd century) followed by Lucian and Hesychius who both produced Greek versions of the Hebrew Scripture in the early 4th century A.D.
[9] Albert Pietersma, “Exegesis in the Septuagint: Possibilities and Limits (The Psalter as a Case in Point)” in Issues and Challenges in the Study of the Greek Jewish Scriptures ed. by Kraus, Wolfgang, and Wooden, R. Glenn (Atlanta, GA, USA: Society of Biblical Literature, 2006), 34.