This is the fourth installment of the series, you can read the previous posts here, here and here.
Before looking at the last phrase, attention needs to be briefly brought to the relationship of both the participle προορίσας and the verb ἐξελέξατο. How is the participle functioning here, in other words? After assessing a number of views, Hoehner concludes that it is best to take the participle as causal. In this case, it is “giving reason for the election and could be rendered ‘because of having predestined us, he chose us.’”[1] Thus, “in the counsels of God, the reason he chose the saints out of (ἐκ) the mass of humanity is because he predetermined their destiny.”[2] We conclude, therefore, that it is best to take the participle here as that of cause. Because of his predestination, God chose us. The final phrase to be considered here, as noted above, occurs in verse 6: εἰς ἔπαινον δόξης τῆς χάριτος αὐτοῦ ἧς ἐχαρίτωσεν ἡμᾶς ἐν τῷ ἠγαπημένῳ (“to the praise of the glory of his grace with which grace has been bestowed on us in the beloved one”). Here, Paul’s attention is drawn to the ultimate goal of election. Again, as Hoehner comments, verse six “marks the end of the first strophe of praise revolving around the first person of the Trinity, God the Father. Having discussed the activity and cause of the Father’s election, Paul shows the goal, that is, the praise of the glory of his grace.”[3]
The term translated “praise” is ἔπαινον, which, from its earliest times, means “praise, approval, applause.”[4] Although the term has various usages in the NT as it translates the OT Hebrew term תְּהִלָּה (see, for example, Ps 22:3, 25 [MT 22:4, 26] among other places), in the present context, it is used to refer to the praise of God by believers.[5] Closely related is the term δόξης. As Hoehner observes, this term has changed its usage over time in that, while in classical Greek, it meant “(my) opinion” or “reputation (opinion of others),” as it is used in the NT, it has more affinity with the Hebrew term כָּבוֹד, which has the idea of “weighty.”[6] As such, the term is used to refer to God’s great (heavy) name as in Pss 66:2 [LXX 65:2], 79:9 [LXX 78:9], etc. As used in the NT (166 times), “Rather than following the [classical] Greek usage, the NT follows the LXX in the sense of ‘reputation’ and ‘power’ and further it also expresses the ‘divine mode of being’ referring to divine honor, splendor, power and radiance.”[7] 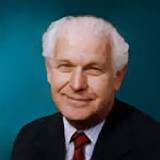 There has been a significant discussion concerning how these words relate to one another. Hoehner further summarizes the key three views here. According to the first view, the first genitive (δόξης) is attributive of praise (ἔπαινον), and the second genitive (τῆς χάριτος) is taken as objective. Translated, this reads “for the glorious praise of his grace.”[8] However, as he further comments, this view “seems to miss the point because it [the verse] is not describing a human’s glorious praise of God’s grace but rather one’s praise of God’s glory.” Again, as he continues, “Furthermore, it seems to make even less sense in verses 12 and 14 to translate it ‘for his glorious praise’ when there is no object of praise as in verse 6.”[9] Thus, for these reasons, this view seems untenable. The second view is to take the first genitive as attributive of the second, translating it thus: “to the praise of his glorious grace.”[10] This is the route taken by the translators of RSV, NIV and NRSV. “However,” notes Hoehner, “this seems to imply more than the text states for Paul is not talking about the praise of his grace but the praise of God’s glory for his grace.”[11] According to Hoehner, however, the best way to account for the difficult relationship of these two words, is to take the first as an objective genitive of and the second as a genitive of quality. Taken this way, the phrase is translated this way: “to the praise of the glory of his grace,” a translation followed by AV, ASV, NASB, JB and NJB. As he comments, “This view seems to satisfy the demands of the context, for it has a consistent translation of the phrase in verses 6, 12, and 14 and it makes for an easy transition to the next part of the verse where it picks up on ‘grace.’”[12] Understood this way, “it is praise to God’s essential being, his glory, for his graciousness as seen in his acts of electing and predestinating.”[13] In other words, the praise is being rendered by elect people to God’s glory, really His essential being in totality (His attributes that is).
__________________________________________________
[1] Ibid., 194
[2] Hoehner, Ephesians, 193.
[3] Ibid., 199.
[4] Ibid.
[5] Ibid., 200.
[6] Ibid.
[7] Ibid.
[8] Ibid., 201.
[9] Ibid.
[10] Ibid.
[11] Hoehner, Ephesians, 201–202.
[12] Ibid., 202.
[13] Ibid.