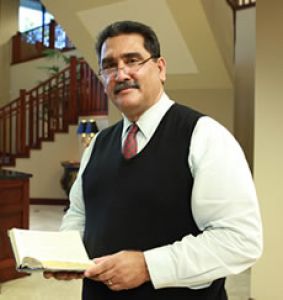 Sohrab Ramtin is an adjunct professor at the Southern California Seminary. He teaches church history, world religions and Islamic studies. He is the ordained pastor of the Iranian Christian Church of San Diego (1990) and the Iranian Christian Church of El Cajon (2008), a congregation of Shadow Mountain Community Church. Also, he is a program producer for a Christian TV and radio network to Iran and Afghanistan. He is from Tehran, Iran, born in a Muslim family and grew up as a Muslim. He came to faith in the Lord Jesus Christ in December of 1981. He is married and has two children.