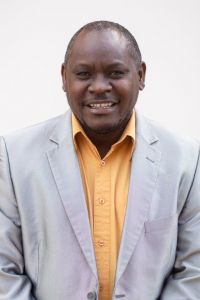 Originally from Kenya, Dr. Mutie received his Bachelor of Theology (B.Th.) degree from Scott Theological College in Kenya where he majored in Bible and Theology. After moving to the United States in 2003, Mutie earned his Master of Theology (Th.M.) degree from Dallas Theological Seminary, majoring in Historical Theology and Academic Ministries. Mutie graduated from Dallas Seminary with his Ph.D. in Historical Theology in 2013. He is the author of the well-received book entitled: Death in Second-Century Christian Thought: The Meaning of Death in Earliest Christianity (Pickwick, 2015, Eugene, Oregon; James Clarke & Co, Cambridge, U.K., 2015). Jeremiah has been married to his wife, Eunice, for 14 years. They have twins, Jackson and Cynthia, who are in their pre-teens. Jeremiah enjoys hiking and playing ping pong in his free time.