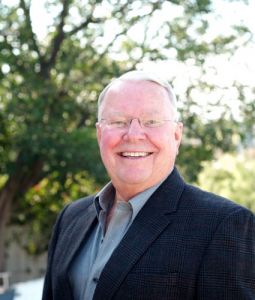 Dr. Dirk Van Proyen is passionate about teaching and preaching the Word of God with excellence. In preparation for his teaching and preaching ministry Dirk graduated from Westmont College in Santa Barbara, California and Dallas Theological Seminary.  Dirk served professionally as a pastor for fifteen years.   Dirk, as an entrepreneur, served as CEO and owner of two businesses over thirty years. Dirk has simultaneously maintained an active teaching and preaching schedule including teaching at Shadow Mountain Community Church and conference preaching and teaching.  Dirk previously served on the SCS Board of Trustees and continues as a volunteer adjunct homiletics professor at Southern California Seminary.

Dirk and Alice have been married for fifty-one years, are the proud parents of three children and enjoy eight grandchildren.