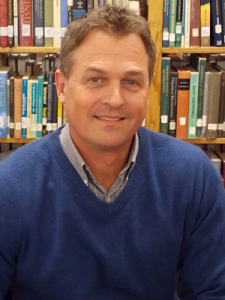 Dr. Brian Moulton has taught Bible and Theology at Southern California Seminary since the year 2000. He received his Bachelor’s in Biblical Studies from Northwestern College in St. Paul, MN, and holds a Ph.D. in Biblical Studies from Dallas Theological Seminary. Born and raised in Minnesota, Dr. Moulton was saved by the Lord at the University of Minnesota at age 21, and has pursued ministry ever since. After nine years at Dallas Theological Seminary, Brian and his young family moved to Nebraska and enjoyed pastoral ministry for many years. Dr. Moulton believes that living in California is the greatest!.

He also believes that the Word of God contains God’s message for the present evil and adulterous generation, and that every true believer in Jesus Christ is called to help transform lives through Scripture and life example. His hobby-for-life is high power rocketry, a desert activity that involves monster rockets, mach speeds, and mostly lots of fun and crashes.